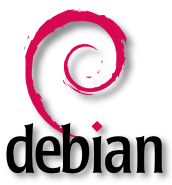 For a while, I preferred ArchLinux as my personal Desktop Workstation. However, I found a few instances where I was not able to get certain apps to work reliably. I started looking into alternatives which would be equally light and configurable.
This was where I decided against ubuntu – since it wanted to make all the decisions on my behalf. Ubuntu is essentially based on debian, so I figured why not go straight to the source.

Problem is – there are sooooo many options that it’s not easy for beginners to decide which is right.

Still not what I wanted (at this stage) – which is a light, LXDE based GUI workstation/desktop for everyday use. I then removed the “Debian desktop environment” tick, so what works much better (for me anyway) is something like this:

You SHOULD add in a user with sudo privileges.
Once you have rebooted from there, I logged in and ran:

which added in all the minimal essentials to have a working GUI desktop.

As of debian 9.8, sudo is NOT installed in the initial setup, and has to be added in manually

After which, IF you have any hassles with sudo permissions, try this:
login as root, or do su (with the root password you created in the install).

Obviously, replace the “sudousername” part with the name of your choice.

From there, you can install all the desktop apps that you might want. I will add another article/post on my personal preferences